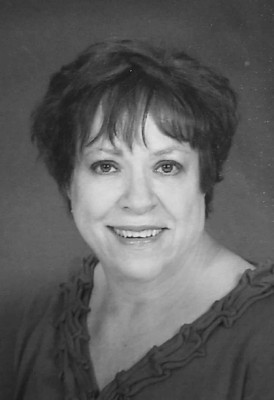 Judith Frances (Axberg) Francis, beloved wife, mother, grandmother, sister, aunt, and friend, went to be with her Lord and Savior Jesus Christ on November 11th, 2018, after a long bout with cancer. She passed peacefully at her home in Lincoln, NE, surrounded and comforted by her husband, children, and sister. Judy was born in Lynch, Nebraska, June 28th, 1949, to Edwin and Emma Axberg of Spencer, NE, where she lived and was raised on a farm with her parents, her uncle Francis Axberg, her brothers Neil and Leni, and sister Becky. Judy attended rural school and graduated from Spencer Public High School in 1967. Judy went on to graduate from Beauty School in Lincoln in 1969.

Judy married her high-school sweetheart Gene Francis on June 6th, 1970, at St. Mary’s Catholic Church in Spencer, Nebraska. After marriage, they lived in Harvard, Central City, Omaha, Sioux City, Denver, Sioux Falls, and Lincoln. Gene and Judy owned and operated Kid’s Stuff Superstore in Sioux Falls, Sioux City, Omaha, Lincoln, and Salt Creek Real Estate Development, based in Lincoln, with holdings in Sioux Falls and Omaha. Judy loved spending time with her grandchildren, Stella, Ozzie, and Lola. She was active in her church, Bible Study Fellowship, and many other organizations.

Judy was preceded in death by her parents, Edwin and Emma (Schollmeyer) Axberg, her brothers Neil and Leni, and her uncle Francis Axberg all of Spencer, NE. Judy is survived by her husband Gene Francis, daughter Karla and her husband Aaron Pederson, granddaughters Stella, Ozzie, and Lola Pederson, all of Lincoln, NE, daughter Amanda Francis of Atlanta,

GA, son David Francis, of Atlanta, GA, sister and brother-in-law Becky (Axberg) and John Sieler of Omaha, NE, many nieces, nephews, aunts, uncles, and friends. All will miss her, but we are happy she is now healed and in a better place with her Lord.

In lieu of flowers, condolences to the American Cancer Society.