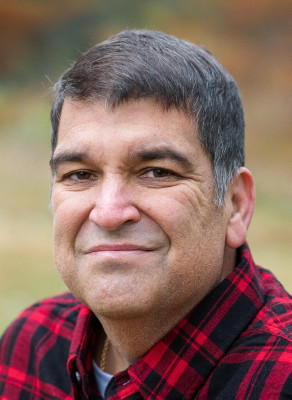 On Saturday, January 2nd 2021, Jon Eslick, loving husband and father of four children passed away at the age of 54 after a brief but hard fought battle with liver cancer.

Jon was born on April 12, 1966 in Lakewood, CA. to David and Estella (Cruz) Eslick.  Jon spent his entire career serving others in the medical field mainly supplying medical equipment and supplies to countless clients for 35 years until he landed his dream job just two years ago serving as the Marketing Director at Fallbrook Assisted Living.  Building relationships with the residents and their families brought him so much joy.  On December 18th, 1993 he married Lara Sue Luetchens and together they raised one daughter, Brianna, and three sons, Hayden, Mitchell, and Brandon.

Jon was a big guy with a big personality.  He was the heart of his neighborhood and often the first person to welcome new families.  He was always ready to lend a helping hand, but often told people he wasn’t a “Real Mexican” because he was not good at manual labor.  He was a master at the barbecue and his perfectly grilled chicken and steaks will be missed.  His pickled eggs…not so much, at least not by his wife.  When people would visit our house he would tell them you are only a guest twice, after that get it yourself.  He taught his  kids to take pride in their work, and that early is on time, on time is late, and late is unacceptable.  He loved fire pit Fridays,  Bachelor Mondays and Hallmark Christmas movies all year long.

Jon is survived by his wife Lara, his four children Brianna, Hayden, Mitchell and Brandon as well as his future daughter in law Skyla Klug, his parents David and Estella Eslick, his brother Jim and his wife Caren and their son Tyler; his brother Tom and his wife Christina and their daughter Alyssa.

A memorial service will be held at a time when it is safe for his many, many friends and family to come together to celebrate his life and share the stories that would call out his ready laugh.