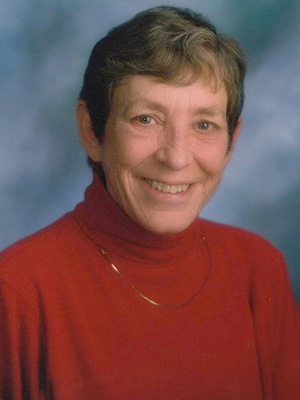 Johnette Lilian Kennedy Pickett passed away in her home in Lincoln, Nebraska on Saturday, September 16, 2017, surrounded by all four daughters, at the age of 77.

Born on April 4, 1940, to parents Don and Eleanor Kennedy, Johnny was number six of seven children. She grew up in Madison, Wisconsin, attended West High School, and then the University of Wisconsin. Johnny pledged Alpha Gamma Delta Sorority and graduated with a bachelor’s degree in English & History in 1962.

Upon graduation, Johnny took a job in Chicago working for the Social Security Administration, where she was soon transferred to an SSA office in San Francisco.

Johnny loved San Francisco, where she met and fell in love with her husband, James (Jim) Pickett. The couple married and moved to Augsburg, Germany, where Jim was stationed in the U.S. Army.

Later, Johnny & Jim moved to his hometown of Lincoln, Nebraska where they raised their four daughters. She spent her early work life in childhood education and her later years in caring for patients at Madonna Rehabilitation Hospital. During her time in Lincoln, she developed many dear friends.

Johnny had a love for history, books, and politics and was a devoted lifelong learner. She enjoyed taking Olli classes upon retirement at the University of Nebraska, playing with grandchildren, watching great movies, and constantly reading.

Johnny is survived by sister Karen D’Orazio of Madison, Wisconsin, and by her daughters, Julie Petr of Indianapolis, Indiana, and Meg Damme, Betsy Jensen, and Kate Pickett of Lincoln, Nebraska, along with 9 grandchildren and three great-grandchildren.

Cremation. No visitation. A celebration of life will take place at Wilderness Ridge, 1800 Wilderness Woods Place, Lincoln, Nebraska from 1:30 – 3:00 p.m. on Saturday, September 23, 2017. Johnny’s ashes will be put to rest next to her parent’s grave site in Madison, Wisconsin, in July 2018.

In lieu of flowers, donations can be made to the Tabitha Foundation for the hospice care program in memory of Johnette Pickett.