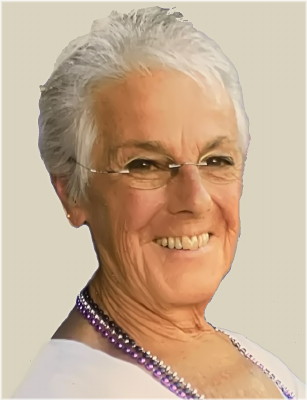 Jocelyn (Joce) Baade of Lincoln, NE, passed away September 24, 2020, from lung cancer, with her son and daughter-in-law by her side. She was born March 14, 1945, in Oklahoma City, OK. Preceding Joce in death were her parents Maybelle and Samuel Dillow, her brother Dean Jacques Dillow and her sister Janet Dovel, Clifford Baade and James Young. Joce is survived by her son and wife Greg and Jodi Baade, her brothers Dana and Doyle Dillow, her sister Dian Wright and many nieces and nephews.

Joce worked for a short time at Goodyear, Jason’s Clothing, and Tyrrell’s Floral – among others. Joce was excited to open her own stores – first was Joce’s Spirits & Wine and then later Sugar ‘n Spice Consignment. Her most rewarding job for the last 15 years until she “retired” was working for Lincoln Public Schools driving the Special Needs buses. She LOVED all those kids!

After she “retired” she found great enjoyment ushering at all of the UNL events, the Salt Dogs games and also at The Pinnacle Arena. For the last 50+ years she had the best time playing softball, golfing, bowling, throwing darts, pickle ball and competing with friends in Fantasy Football (which she dominated)!!

Her greatest joy was her son Greg. She was there for everything and supported all of his interests. When no father would come forward to coach his Little Chiefs baseball team, Joce stepped up and became the coach! Joce was “Papa” in a basketball “Papa & Pal” competition in grade school. Joce (Papa) and Greg took home the win! When Greg took an interest in dirt biking Joce fully supported this and took him all over the surrounding states to race. She was always at the finish line!

Joce was extremely involved around Lincoln. She gave her time and energy to the Democratic Party of Nebraska, Meals on Wheels, Tabitha Gift Shop, her Neighborhood HOA and so many others. Joce was so caring and giving. When you had her attention – IT WAS EVERYTHING!

Joce’s wishes were to be cremated. There will be a Celebration of Life at a later date.