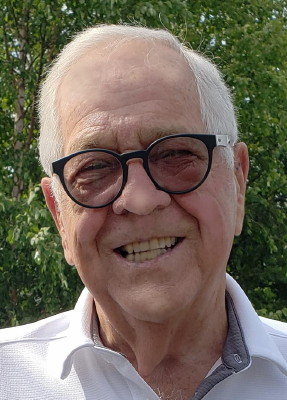 Jimmie Dale Phillips was born in Paragould, Arkansas, March 29th, 1933, to Paul and Ruby Phillips.  He had 2 brothers, Jackie and Billie. After high school in Paragould, Jimmie married Elna Marie Moss.  They had 4 children, Dale Marie, Jerry Don, Terri Kaye, and Danny Paul, each 2 years apart.  They moved to Nebraska in 1959. He traveled the mid-west selling shoes for International Shoe Company.  Anyone who knew Jim at all has heard stories of his traveling days! Jim worked in sales his entire life, selling cars at several dealerships in Lincoln. It wasn’t until he was in his seventies that he started driving the courtesy van for DuTeau Chevrolet.  He reluctantly retired just a few short years ago.

Jimmie never met a stranger, and he always had a colorful joke to tell. He attended Nebraska football games for 20 years during the Devaney and Osborne days. He loved his neighbors on Broadmoore Dr, and those families became lifelong friends. As his children grew up and started their own families, he became an adored grandfather. He has 8 grandchildren, and 7 great grandchildren.

Jim was rarely ill and enjoyed good health until the last few months, After a month in the hospital and several complications (heart, kidneys, lungs), he’d had enough!  As he put it “I’ve seen 17,000 doctors and none of them can tell me what happened!”  He died peacefully in his sleep with Elna beside him.

In lieu of flowers, donations are requested to help Nebraska flood victims.