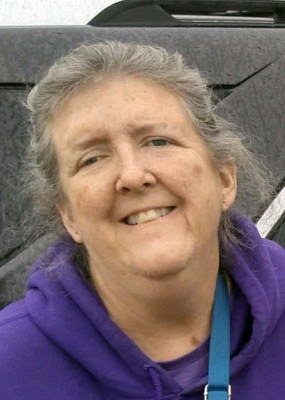 Jenifer Lynn Guzinski, 59, of Lincoln, passed away Tuesday, December 7, 2021, in Lincoln, from many complications she has dealt with since her pre-teen years. Jeni was born, September 6, 1962, in Lincoln, Nebraska to Gary and Lou (Bray) Salzman. Jeni grew up in Lincoln and went to a couple of different elementary schools and graduated from Lincoln East High School in 1980. She attended the culinary program at Southeast community college, garnering an associate degree, and went on to work as a cook for several years. A career change led her to Vocational Rehabilitation’s clerical program. She was then hired by the VANWIHC (VA), where she was a receptionist for several years. She later retired from Urology PC, after working there for 25 years.

Jeni loved to sing to the Christian radio station. Willie Nelson, John Denver, Jimmy Buffett, Aretha Franklin, and Cher were a few of her favorite people to sing along with also. She had much compassion for all animals and nature, including dolphins and the ocean, in which she has a huge collection of various keepsake tokens. Throughout her life, she formed many beautiful relationships along the way of her occupations that she cherished immensely.

She is survived by her mother Lou (Bray) Salzman, brother Jay and Donna (Dostal) Salzman, sister Joleen and Robert Perry, in-law Leonard Jr. and Shari Guzinski of Grand Island, grandchildren Lily and Sarah Riha, and Brodin Perkins, in addition to many nieces, and nephews.

Memorials to the family will go to supporting the Marfan Foundation and the Capital Humane Society. A celebration of life will be held in Lincoln at 11:00 am on Thursday, December 16, 2021, with a luncheon meal following at Christ United Methodist Church; 4530 A St, Lincoln, NE 68510. MASKS ARE REQUIRED. NO EXCEPTIONS. Service will be live streamed and recorded on Facebook at Christ UMC Linc Funerals.

LIVE STREAM INFORMATION:  Service will be live streamed and recorded on Facebook at Christ UMC Linc Funerals.  It’s via Facebook only, user can find the stream by typing in the search field @christumclincfunerals. This link WILL NOT be accessible until right before the services start at church. Folks need to have a Facebook account or user info in order to access the live stream.