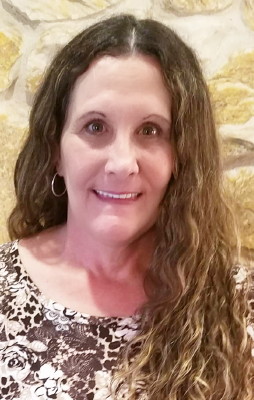 Jeanie Marie (Troyer) Rouse was born on June 19, 1959 at Seward Memorial Hospital in Seward, Nebraska to Kenneth and Phyllis (Stutzman) Troyer, the third of four children. Jeanie passed away  Sunday morning, January 5, 2020, at CHI St. Elizabeth Hospital, in Lincoln, at 60 years, 6 months, 17 days, from a week long battle with influenza and pneumonia. After a week of fighting, she had recovered enough to have the ventilator removed and was able to spend precious time with family on Saturday, sharing laughs, memories and love. She unexpectedly passed away Sunday morning, leaving us to treasure the time we had with her.

As a young girl, Jeanie attended Milford Public Schools, graduating with the class of 1977. After high school, Jeanie worked at Russell Stover’s and Pfizer. For the last twenty years, she managed Dairy Queens in Lincoln. She became general manager in 2017 at the new Fallbrook Grill and Chill Dairy Queen in Lincoln. She was a wonderful employee, hard worker, and loved by her co-workers—her second family.

Growing up, she was a member of Bethel Mennonite Church, Milford, Nebraska, where she was baptized at age 13. She was active in MYF, and GMSA in church, and FBLA in high school. She always had a positive attitude, strong work ethic, and a caring heart.

She was united in marriage to Daniel L. Rouse, on April 19, 1986, and to this union, a son, Daniel Jean (D.J), and daughter, Jenifer Mae, were born. They made their home in Lincoln, Nebraska.

Jeanie was preceded in death by her husband of 32 years, Daniel Rouse; her father, Kenneth Troyer, her mother-in-law, Barbara Regina, and brother-in-law, Toby Stutzman.

Memorial Service on Sunday, January 12, 2020 at 3:00 pm at Beth-El Community Church, 115 North F Street in Milford, Nebraska.  Memorials to the family for future designation. Use the form below for condolences.