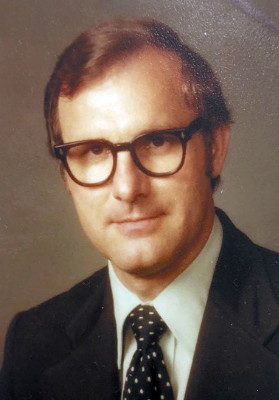 Jan Robert Perrin, 86, passed away on Tuesday, January 4, 2022 at his home in Lincoln, Nebraska.  He was born January 1, 1936 in Leon, Iowa to Willard and Edna (Roldson) Perrin and was one of five children.  Jan was a lifelong resident of Lincoln.

Jan is survived by his wife of 53 years, Janet (Hunzeker) Perrin and three sons, Gary, Greg (Erin), and Garret (Meghan). He also leaves five grandchildren and three great grandchildren.  He is preceded in death by his parents and brother Gary.

Jan graduated from Lincoln High School in 1954 where he liked to tell people he was a classmate of the famous TV personality, Dick Cavett.  Upon graduation, he enlisted in the U.S. Army where he served during the Korean War in Germany.  He earned the rank of Sergeant, First Class while assigned to the 265th Field Artillery Battalion that operated the M65 – 280 atomic cannon also known as “Atomic Annie.” While in the Army, he was awarded several distinctions; the National Defense Service Medal, the Army of Occupation Medal (Germany), Expert (M-1) and Good Conduct Medal/Sharpshooter (Carbine).  He served in the Nebraska Army Reserves from 1957 through 1962.  He was a member of the American Legion, Post #3 of Lincoln, Nebraska.

After his honorable discharge from the Army, he took an entry level job repairing generators at the Surplus Center located at 1000 West “O” Street in Lincoln.  He worked at the Surplus Center for over 30 years learning the business and working his way up to the position of Buyer and General Sales Manager.  He was a natural and gifted salesman who always led with customer service.  So much so, after work, he would fish area lakes so he could accurately report where the fish were biting.  Customers would routinely come into the store to get his fishing reports and leave with $20 worth of new lures.  He was very active in promoting outdoor sports throughout the Lincoln community.  He brought in many professional fishermen to host fishing seminars at Lincoln High School.  Most notably was B.A.S.S. “original 106”, Jim Rogers of Lamar, Missouri who pleased the crowd with his trick casting demonstrations.  From 1970 through 1976, Jan taught fishing classes, and organized fishing derbies for kids.  A source of pride was teaching Tom Osborne how to fish for bass with a fly rod in Western Nebraska.  In 1976, he was awarded the Voluntary Service Award from the Nebraska Parks and Recreation Department.  After the Surplus Center, he became a sales representative for sporting goods companies such as Beretta guns, Wegner knives and Outdoor Products backpacks.  He sold sporting goods to major retailers like Cabella’s and Bass Pro Shops.  The majority of his business was calling on small, independent sporting goods stores throughout Nebraska and Iowa.  In retirement, he kept busy by driving a school bus for the Lincoln Public Schools.

Jan had many hobbies throughout his life.  In 1964, he earned his HAM radio license under the call sign WA0NNB.  He was a long time member of the Lincoln Amateur Radio Club and life member of the Amateur Radio Relay League (ARRL).  His HAM radio shack was full of QSL cards hanging from the walls from his contacts with HAM radio operators from all over the world.   In 1978, Jan became a licensed private pilot.  Later earning his instrument rating and eventually multi-engine land and commercial ratings.  Over the years, he owned three airplanes, the most prized was a red, white, and blue 1968 Piper Cherokee “Six” under tail number N3917W.  With the help of his friends, he rebuilt the engine in the “Six” and installed many speed mods to increase its power and performance.  Jan was a member of the local Experimental Aircraft Association (EAA) and attended the EAA International airshows in Oshkosh, Wisconsin. with his family and friends.  His love for the outdoors led him to RV camping.  He owned several RV’s starting with the simple Apple Bee “pop-up” camper eventually graduating to his favorite, a 31’ Airstream International Sovereign, which he restored inside and out.  He and his family visited many National Parks throughout the United States.  In retirement, he and his wife pulled the Airstream down to McAllen,Texas and joined the ranks of the “Winter Texans” to escape the cold Nebraska winters.

Jan loved Boxer dogs!  Throughout his life, he cared for and cherished four boxer dogs, all of which he named Maxwell, each with different middle names (the last one having the name of Maxwell “Rocky Trey Big Boy” Perrin).  None of his dogs were particularly well trained, but they were all very affectionate and shared a love for ice cream.  He also felt an obligation to take care of the neighborhood wildlife.  During the winter, he made pancakes and fed them to the squirrels and birds.

In retirement, Jan enjoyed spending time with his grandchildren and gave them many rides on his riding lawn mower.  He loved tinkering with electronics and building computers for his friends and family.  He enjoyed swimming to stay healthy but would never miss an opportunity to stop for ice cream on the way home.