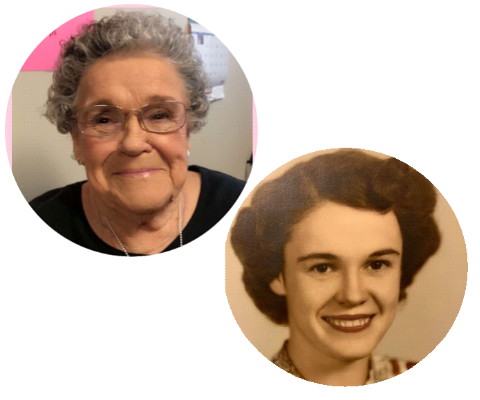 She was preceded in death by her husband William “Bill” Babcock on 12/21/2009, sisters Ruth Collins, Edna Chilles and daughters-in-law; Carol and Sandra.

Iva was born in Hiawatha, Kansas on January 23, 1933 to George August Pautz and Gertrude Elizabeth Miller. After her father’s death, Iva moved to Nebraska at age 11 to be raised by her aunt Elsie and uncle Roy Pautz. She was baptized as one of Jehovah’s Witnesses, studying the bible and sharing with others in the ministry. After high school graduation she worked for the Lincoln Telephone Company and then as cook with Lincoln Public Schools. Iva was introduced to Bill Babcock by fellow Witnesses. Bill and Iva were married October 4th, 1952 and purchased land where they raised their family while farming, just south of Lincoln, Nebraska. Iva enjoyed roller skating and live county music concerts with Bill; she also enjoyed the outdoors, sewing, baking and gardening, these were a few of the talents and passions she passed on to her children and grandchildren. Iva will fondly be remembered for her smile, and her gentle, caring and generous spirt.

No memorials to the family are necessary. Donations will be accepted to the worldwide work of Jehovah’s Witnesses.

For condolences please use the form below.