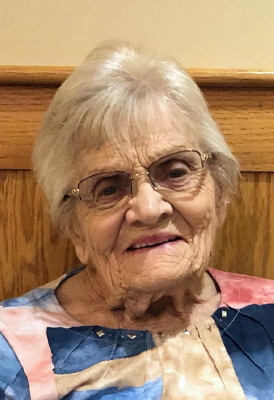 On the morning of May 13th Ilene Lorraine (Dochow) Lloyd left those she loved here on earth to be reunited with her Savior and loved ones who have passed on before her.

Ilene, daughter of the late Vivian Dochow was raised in rural Kansas. Ilene’s mother also raised her cousins, Kate (Fisher) Garwood of Tulsa, OK and the late Gary Fisher along with Ilene after the death of their mother. The children were raised as siblings and had the same close relationship that brothers and sisters share.

In Ilene’s early years she lived on her grandparent’s farm with her mother and cousins. She attended a nearby one-room school in Cloud County KS. Later, Ilene’s family moved to Concordia, KS where she graduated from Concordia High School.

Ilene attended Marymount Nursing School in Salina, KS, graduating as a Registered Nurse in 1954. She proudly worked for the University of Nebraska Health Center in Lincoln for 40 years. She took care of students, athletes, and employees alike. In Greenwood, Ilene was the person neighbors called for minor emergencies and medical questions. Ilene cherished the friendships she had with her co-workers and neighbors, she remained in contact with her friends long past retirement.

Ilene married her high school sweetheart, Richard Lloyd on July 18, 1954 after he returned home from his service in the Airforce during the Korean War. They raised their family in Greenwood, NE where they lived for over 50 years. Ilene and Richard were married for 61 years and only parted after Richard’s death in 2016.

Ilene was an avid fan of all sports. She loved music, gardening, bird watching, walking and water exercising. Ilene’s greatest joy was her children, grandchildren and great-grandchildren who she loved and spoiled to the best of her abilities. She was proud of each of them. She was dearly loved and will be missed by her many friends and family.

The family has chosen to have a private celebration of her life with only close family members in attendance.