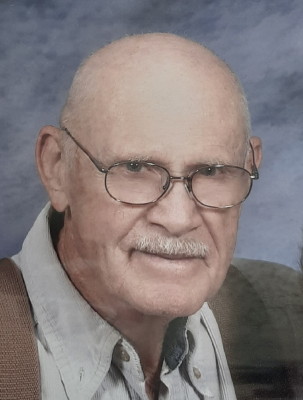 Guy W Richter was born on January 30, 1931 to Walter and Anita (Wintersteen) Richter in Naponee, Nebraska. His brother, Rodney was born 6 years later. Anita died when Guy was 8. Walter moved with the boys to his parent’s farm and later to Denver, CO during WWII. After the war, they moved back to Naponee where Guy graduated from Naponee High School. Guy went to art school in Omaha with hope of being a cartoonist. He worked as an orderly in a hospital to support himself. After discovering that the reality that it would be very difficult to be a successful cartoonist, Guy decided to work as a professional painter of homes and businesses.

Guy married Joan (Sayer) on February 2, 1958. They eventually settled in Lincoln, Nebraska. Guy started his own business after his boss retired. Guy and Joan are long time members of New Hope United Methodist church. Guy was active in Methodist Men and other committee. He also was there giving is all to the various projects and activities there. Guy was also active in the PDCA (Painting and Decorating Contractors of America). He helped out neighbors, relatives and donated blood.

Services will be held 10:30 am Wednesday, May 25th, 2022 at New Hope United Methodist Church 45th and Orchard Streets Lincoln, Nebraska.