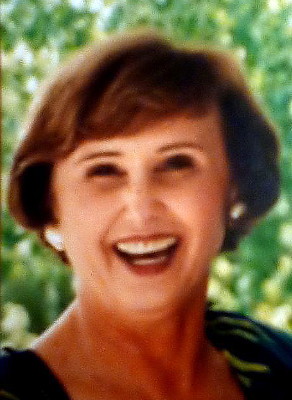 Grace was born November 17th, 1936 to Anna (Hromadka) and Edward Chudly in Milligan Ne. As a child she moved to Lincoln Ne with her parents and spent the remainder of her life there. She attended Lincoln High and graduated in 1954.   She enrolled in UNL, was a member of Tri Delta sorority and was active in campus life.  She often referred to college and sorority life as one of happiest times of life.

Grace loved clothes, fashion, and shopping.  As a young woman she modeled for Miller and Paine and Hovland Swanson department stores.  Eventually as a young mother, she enrolled in Southeast Community College and became an LPN.  Much of her nursing career was spent as a dermatology nurse in the practice of Dr. Rudolf Strnot, retiring in 2006.

Grace was a devoted mother and loved her family very much.  Her career and her independence were very important to her.  She loved to snow ski and boat.  She enjoyed traveling and made trips to visit her daughter Denise and son Timm as well as vacations with her older sister Goldie.  She was an avid Husker Football fan and loved watching games with her kids.  She was very fond of animals and had an extremely soft heart for strays.  Her children had everything from fish to squirrels, hamsters, rabbits and of course cats and dogs. She could never say “no” to an animal in need.  Grace adored her rescue dog, Poochy, and rescue kitty, Dolly.  In retirement she pet sat for neighbor and friend Michelle Stewart’s two little Maltese dogs.  She also enjoyed her Granddogs Molly, Billy Bob and later Maggie and JoJo.  Son Doug’s pets were special to her especially his kitty Oreo.  Doug’s acreage home, referred to fondly as “the Farm” was Grace’s favorite place and she spent many happy hours there over the years, taking nature walks and enjoying the beautiful trees, flowers and other plants Doug nurtured.

Grace was proceeded in death by her parents, her brother Edward (June) Chudly, sister Goldie (Herb) Adami, and sister Sibby/Sylvia (Paul) Butcher.  She survived by all four of her children, her daughter in law, and the light of her life, grandson Danno Dylan Delaney (Timm) of Roseville, CA.

It was Grace’s wish to forgo services in favor of a private gathering of her children.

The family requests memorials be directed to the Lincoln Cat House no kill shelter or the animal rescue of choice.