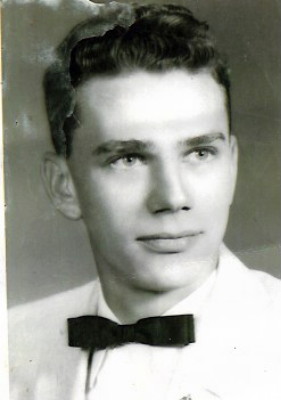 He is survived by a daughter and three sons, Valerie, Brian, Dale, and Todd. He is also survived by eight grandchildren.

Affectionately known by all as Jerry he was raised in small town Pennsylvania just after the end of the Depression era and at the beginning of World War II. His mother died when he was very young and he was raised by his sister and brothers and his father. His love of cars and his favorite dog breed, the Dachshund persisted his entire life. His joys included family get-togethers with homemade ice cream and sitting with his lap dogs. He carved out a living with many different careers. Starting work at the small-town grocery store in Brockway then later moving to sales and finally retiring from the Goodyear corporation as a sales agent. Jerry had a way of finding a smile for everyone and using the quiet moments to create an inside joke or unique time with each person he knew. He passed on May 14, 2022 at the age of 82. He was much beloved and will be dearly missed.