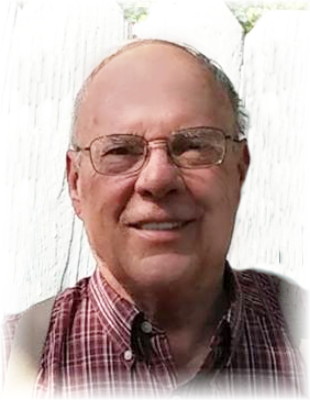 Gerald “Jerry” Allen Hoffer was born December 18th, 1946 in St. Paul, Minnesota, the son of Glen Hoffer and Marcella Delores (Wolfe) Hoffer, and passed away at home surrounded by the comfort of his wife Sherry, and stepson Johnny and his wife Katelyn, on March 1st, 2018 in Lincoln, Nebraska at the age of 72 years, 2 months and 11 days after a very brief battle with cancer. Jerry was baptized at St. Mary’s Catholic Church in St. Paul and confirmed at St. Thomas Aquinas Catholic Church in St Paul Park. He was a 1964 graduate of Park High School and graduated from Winona State, MN.

Jerry was a chemist at 3M in St. Paul, MN and later a lab director at the Madrid, NE ethanol plant. No matter where Jerry called home throughout his life, he was always involved with chemistry in the places he worked. Jerry was a member of Blessed Sacrament Church in Lincoln.

Jerry loved to travel and learn all he could about history and anything si-fi. Jerry was a fan of nature. One of his favorite things to do in the afternoons was sit on the patio, enjoy a cup of coffee, and watch the squirrels scurry around the yard. Jerry was a fan of jazz and folk music and enjoyed spending his spare time at The Crescent Moon with his wife. Jerry loved fast cars and watching the drag races. Despite Jerry’s age, he was an avid user of Facebook. He enjoyed reading all the funny things his friends and family shared.

He loved his children and grandchildren very much and enjoyed his trip to Oregon where he got to spend time with his family and meet his Grandson Leo for the first time. Although his family was scattered throughout the country, he kept them close at heart and enjoyed their phone calls.

Jerry was a kind and gentle soul and was able to strike up a conversation with anyone wherever he went. His smile was comforting to others and his sincerity was welcoming. He always had a special twinkle in his eye when something amused him.

Preceding Jerry in death were his parents, Glen and Marcella Hoffer.

Memorial Service at  9:30 a.m. on March 10th, 2018 at Blessed Sacrament Church, 1720 Lake Street in Lincoln, NE, with Father Sullivan officiating. A luncheon will follow at the Fairfield Inn and Suites conference room which is located at 1000 W Bond Street in Lincoln, NE. A memorial and graveside service will be held in Minnesota at St. Thomas Aquinas Church in St. Paul Park, MN on April 20th, 2018.  Memorial contributions may be made in lieu of flowers to the American Cancer Society. Condolences may be sent to the family at www.aspenaftercare.com.