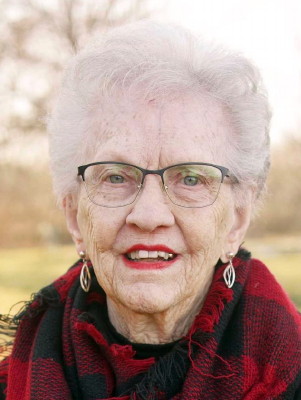 Genevieve “Cotton” Gaskins, 92, passed away peacefully on October 11, 2021, at Tabitha Journey House.  She was born on the farm near Bancroft, NE on January 16, 1929, to John G. and Neva Hermelbracht.  In 1946 she graduated from Bancroft High School.  On May 21,1955 she married Bill Gaskins in West Point, NE. Bill and Cotton lived their married life in Tuthill, S.D. and Cody, NE where they ranched and raised Angus cattle until 1988 when they moved to Lincoln, NE. She was a devoted mother to their three children Mary, John, and Mark. Cotton was a homemaker, excellent cook, beautiful seamstress and later in life an active quilter. In the warmer months she enjoyed the flowers and the harvest from her garden. Growing up she was very involved in 4-H and was a leader in her children’s Sandhillers 4-H club. She served on the Cody-Kilgore School Board and drove the school bus. After moving to Lincoln, she worked at Country Memories and was a member of the Lincoln Quilters Guild.

Cotton’s loving servant nature was shown through her actions such as cooking and crafting for others. Her thoughtfulness and generosity were how she showed her love the best. Her family’s Christmas trees are full of ornaments she made for them, and their tables are full of recipes she shared with them. She will be greatly missed by those who knew her.

Proceeded in death by her husband, parents and brothers Frank and John.

A Celebration of Life was held held Monday October 18, 2021 at 10:30 a.m. at Horizons Community Church; 3200 Grainger Parkway in Lincoln, Nebraska 68516. Luncheon immediately following the service at the church.