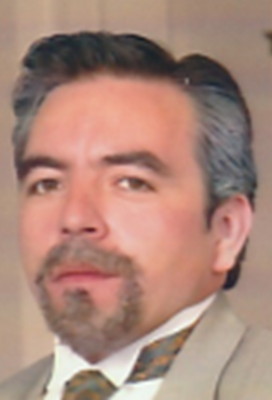 Gabe, or Sonny, as he was known as a child, was born on June 29, 1973 at the Phoenix Indian Medical Center in Phoenix, AZ. Gabe was half Choctaw Cherokee. His Indian name is Nitaniquoia – Growling Bear.

Even as a child, Gabe enjoyed acting singing and dance. While playing with his childhood friends, Gabe often made up stories for them to act out, like cowboys and Indians, or the six million dollar man! Gabe also went on trips with the youth group from the Church of the Nazarene while living in Grand Island, performing plays and skits. Gabe lived in California where he met Donna Scarantino. Gabe and Donna acted in, and directed many plays. Gabe returned to Lincoln and worked in the maintenance department on the East campus of the University of Nebraska.

Gabe was preceeded in death by his grandparents – Lloyd and Delores Keslar, father – David Jones, stepfather – Rick White, and aunt – LaVonne Ruley. Gabe is survived by his mother – LeIla White, sister – Davida TwoBulls, 4 nieces and nephews, and 2 great-nephews. Gabe was blessed in his life with a host of friends that loved him dearly.

A Celebration of Life service will be held on July 13th, 10:00 a.m. at the Community of Christ Church, 2045 S 44th St in Lincoln, NE. In lieu of flowers, memorial donations can be given to the family for future designation.