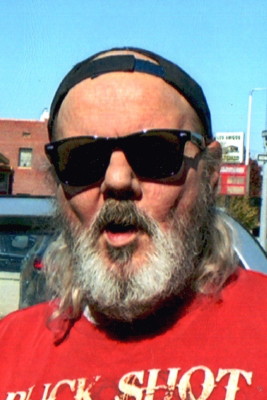 Frank K. Guzinski, 63, of Lincoln, formerly of Grand Island, passed away Monday August 16, 2021 in Lincoln, following a lengthy illness. Frank was born in Fayetteville, North Carolina to Leonard and Kathryn Guzinski (Moody). He grew up an “ARMY BRAT” and lived in many states, most of his life in Grand Island and Lincoln. He attended Blessed Sacrament Grade School and Central Catholic High School in Grand Island. A skilled drywaller and framer he worked for various companies around the state.

Frank loved spending time on his boat “The Pick 5” fishing. Early in life he enjoyed dirt bikes. In 1999 he married Jenifer Salzman. They had a wonderful country sunrise wedding. They made their home in Lincoln. He loved spending time with his relatives and his beloved dog Jack. He also helped coach YMCA boys baseball/softball. He played on many baseball/softball teams in the Lincoln area. He took his brother to a College World Series game in Omaha and they talked about it for years. After several surgeries he still liked to fish, saying “Someone has to do it!” “Keep your face to the sun and your back to the wind,” was also a saying he would use.

He is preceded in death by his father Leonard Sr. and mother Katheryn, father in law Gary R Salzman, stepson Christopher Harvey, and grandson Zechariah Harvey

Memorials to the family to promote outdoor sports for kids.