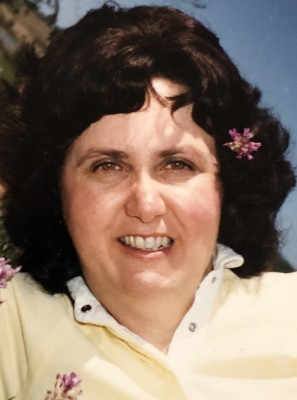 Fran L. Follett was born in 1947 in Boonville, Missouri the daughter of Dewitt and Berniece Cline and passed away from this earth peacefully at Bryan Medical Center in Lincoln, Nebraska on November 25, 2020 at the age of 72.

Fran was raised in Beatrice, Nebraska, the oldest of three sisters. She attended high school in Beatrice and college at the University of Nebraska-Lincoln.

In Fran’s personal mission statement she says that “At the end of my life I want to be able to say I gave everything I had to give.” And indeed, she did. On top of being a loving mother and wife, throughout her life Fran always kept busy working and volunteering.

While attending college in Lincoln, Nebraska she worked at Back to the Bible. She met and later married Jerry Follett there and moved to McCook, Nebraska where they raised their two boys. In McCook, she worked as a sales associate at JC Penney’s and as an office assistant at McCook National Bank. She also volunteered as an Awana leader at the McCook Evangelical Free Church and as a member of the local Sheriff’s Posse.

Fran and Jerry moved back to Lincoln where she worked as an insurance rater at Continental Western Group. Then she retired and they moved to York, Nebraska to be closer to family.

Throughout this time, Fran volunteered for the CASA organization, where she gave children a voice in the court system and for Sertoma, where she helped people in need. Fran was also a woman of deep Christian faith and traveled overseas to the countries of Romania and Uganda to teach and witness to people.

At home, Fran was a voracious reader, tearing through two novels a week, and loved putting puzzles together and playing games with her children and grandchildren.

A memorial will take place virtually on Friday, Dec 11th courtesy of York Berean Church. For details about how to join visit www.yorkberean.org.

If you’d like to honor Fran, please make donations to your local food bank, the CASA organization, and Sertoma.