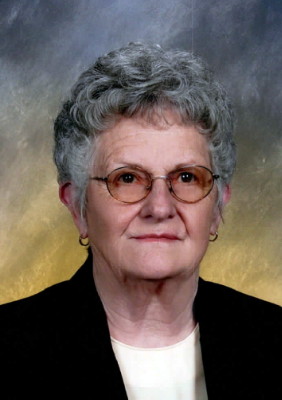 Evelena Johanna (Dorn) Kelle, 90, of Adams, Nebraska went to her heavenly home on July 2, 2021 at The Monarch in Lincoln, Nebraska.

She was born April 29, 1931 to George and Hilda (Riensche) Dorn near Filley, Nebraska. She was baptized on May 14, 1931 and confirmed into the Christian Faith March 30, 1947 at Zion Lutheran Church, Pickrell, Nebraska.

Evelena married Daylon Kelle on August 18, 1949. To this union two children were born, Nancy and Steven.

She was a homemaker, worked on the farm with her husband, a mother, and later worked at the Beatrice State Developmental Center for 27 years in the food service and laundry departments.

Evelena enjoyed shopping, fingernail polish, talking with friends and family on the telephone or in person, traveling, gardening, and caring for her grandchildren and great-grandchildren.

She had the memory of an elephant — remembering birthdays, special events, family history and telling stories about the past. Her sense of humor was appreciated by family, friends, and others who crossed her path during her life.