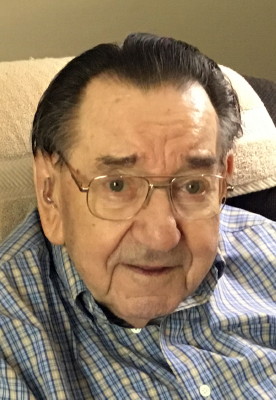 In 1948 he met his future wife, Edith, at a dance. They became engaged in 1950 and married on January 26, 1952 in Hamburg. To this union they welcomed one daughter, Birgit. Erwin and family immigrated to America in 1959 and settled in Fremont, Nebraska. In 1965 homesickness caused them to return to Hamburg only to find that the US truly was their home. He became a US citizen in 1970.

Erwin worked for Jayhawk Boxes where he was responsible for the machinery: repairing, replacing and building as necessary. He occasionally traveled to purchase machinery; often disassembling a machine where it was sitting, shipping it to Fremont and then reassembling and repairing the machine. When parts weren’t available, he would make the needed replacement parts himself.

Upon retirement from Jayhawk Boxes, Erwin and Edith moved to Lincoln to be closer to their children and grandchildren. During his life Erwin enjoyed dancing with his wife, playing cards, eating good food, smoking an occasional great cigar, Husker football, soccer, golf, reading and spending time with his family, especially his great-grandkids who knew him as “Uropa.”

Due to current Covid restrictions, a service will be held at a later date.

Memorials are suggested to the Lincoln-Lancaster County Food Bank.