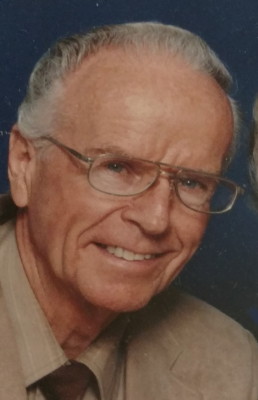 Drennen was born on March 5, 1925 in Simpsonville, Iowa, the middle of three sons, to the late Carl and Neva Hooker Watts. He was raised on a farm in Iowa, learning how to work hard, and do without during the years of the Great Depression. Not too long after the boys were grown, Drennen’s parents moved to Lincoln, NE.

Drennen served in the US Army in the Philippines during WWII, fighting against the Japanese, where he first fell in love with the Filipino people and their country, as well as giving his heart and life to Jesus Christ plus, understanding that he was being called to be a preacher or missionary. After the war, because of this love and compassion, Drennen went on to attend St. Paul Bible College, where he met his future wife, Beverly Hurd at a missionary prayer group. On June 5, 1948, Drennen was united in marriage to Beverly, his wife of 68 years. They raised six children: Danny, Timmy, Tommy, Beckie, Jerry, Davey! As Beverly liked to call them.

Together, Drennen and Beverly served as missionaries to the Philippines for 20 years raising up multiple churches. They returned home to Nebraska on furloughs to share all the wonderful news of salvation and the love of the Filipinos, but most importantly, to share his wonderful family with their singing talents, in hopes of drawing in prayer warriors and supporters to this great calling that God had spoken to Drennen, to share the salvation and personal relationship with Jesus Christ we can all have.

After their 20 year stint to the Philippines, back in Lincoln, in addition to being a part of Lincoln Christian Fellowship, Drennen had started Watts Auto and Beverly had her Filipino Shop, selling all the latest fashions, trinkets, and beautiful pieces of jewelry she could get her hands on, handmade by the Filipinos!

Throughout their remaining years, Drennen and Beverly were able to make various trips back to the Philippines, supporting the churches/ministries that they started. Their love showed no bounds. They have left a legacy not only physical, but spiritual.

The day after Drennen’s 93rd birthday this year, Drennen and his eldest grandson, Mike Watts, boarded a plane to the Philippines, where Drennen spent three weeks in the hands of very dear Filipino families, helping him to check off his bucket list, one more time, of visiting the Philippines!

Drennen was preceded in death by his parents, his elder brother, Paul Watts, his wife Beverly, and three sons, Timothy, Thomas, and David.

In lieu of flowers, the family has requested that donations be made to Lincoln Christian Fellowship designated for Philippine missions.