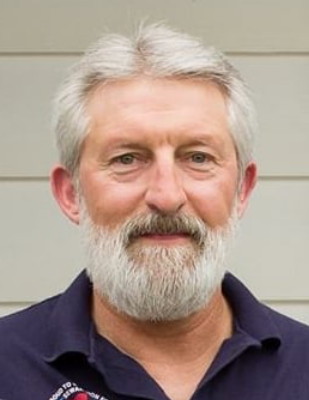 Douglas D. (Woody) Boydston was born Feb. 11, 1956 to Cloyd and Arla (Schoenleber)
Boydston in Scottsbluff, NE, and passed away peacefully Oct. 17, 2020, in Seward, NE, from
complications of Progressive Supranuclear Palsy.

Doug was a longtime resident of Milford, NE and was employed as a machinist at the Tenneco
plant in Seward for 30 years.

Doug spent his childhood years in Weeping Water and Walthill, NE. Doug was an
all-conference offensive end at Walthill High School. His senior year he averaged 13.7 yards
per reception. He played “iron man” i.e. – in several games he was the top receiver and had the
most defensive tackles, also! He did it all at 160 lbs. He was a member of the National Honor
Society. He was also part of the Homecoming court beginning his freshmen year and won music
awards on baritone horn.

Doug began working at an early age, delivering newspapers, mowing lawns, working at local
grocery stores, and a manufacturing plant before graduating from Walthill High School in 1974.
He was employed at Stephenson’s School Supply warehouse during his college years and was
soon promoted to warehouse manager, where he went by the nickname “Woody.” Doug
graduated from the University of Nebraska-Lincoln, in 1980 with a Bachelor of Science in
Agriculture.

In 1987, Doug resigned his job to attend Southeast Community College in Milford. Doug
received awards in his program for Outstanding Math Student and Outstanding Student of the
Quarter. He was a semi-finalist for the Milford campus “Who’s Who Among Students Program.“
In 1989, Doug graduated with honors for scholastic excellence with an Associate of Applied
Science Degree in Machine Tool and Design Technology, Diemaker Option.

Doug was an avid motorcyclist, loved music, and watching classic movies. Doug held a firm
sense of right and wrong and fairness (which led to often helping the underdog in a situation), a
love for long motorcycle rides (as well as fast ones!) on his Harley’s and other road bikes, and
the drive and determination to change his life by returning to school and beginning a new,
successful career path.

A graveside service is planned for Oct. 31, 10:30 am, at the Cedar Hill United Methodist Church
Cemetery, located east of Ceresco, NE. In lieu of flowers, memorials can be made to Tabitha
Hospice and SE Community College-Milford.