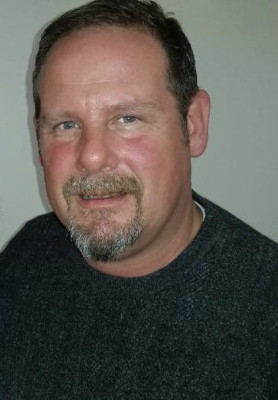 Doug spent 28 years working in Public Service for the Nebraska and South Dakota State Penitentiaries. He graduated from the University of Nebraska-Lincoln in 1990 with a Bachelor of Science in Criminal Justice.  He was a lifelong Detroit Redwings fan, loved Nebraska football, beaches, cooking, and spending time with family and friends. He was known for his quick wit, his infectious smile, boisterous laugh, and his kind and compassionate spirit. He was a loving husband, father, and true friend to all that knew him.

Special thanks to Tabitha Hospice, CountryHouse, and The Monarch Hospice for their loving care and support.

A celebration of Doug’s life and visitation with family will be held on Sunday, September 15th from 1-4 pm at Lincoln Firefighter’s Reception Hall located at 241 Victory Ln, Lincoln, NE 68528. Family and friends will begin speaking at 2:00 pm.

Family requests donations in his honor to be directed to the American Cancer Society.

Condolences can be sent using the form below.