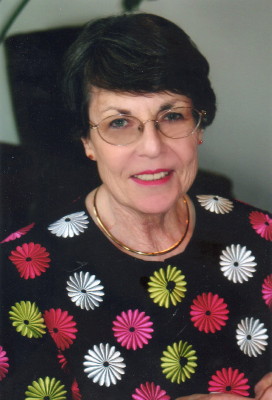 Dorothy Lillian (Grigsby) Bunner, known as Dotty, passed away in her sleep on October 28, 2020. Born April 28, 1935 to David and Opal (Schwemley) Grigsby, Dotty was a native to Wray, Colorado; the Grigsby family was one of Wray’s early pioneers. Dotty always recalled with fondness the years she spent growing up in Wray.

After Dick received his Master’s from Penn State University, the family traveled around the country where Dick was posted working for Weyerhaeuser. Dick and Dotty added two children to their family: daughter, Katherine L (Bunner) Hoover, and, son, David A Bunner. Dotty also added an elementary degree. So over the years she occasionally taught at both elementary and High School.

An exciting part of her life was living overseas in Indonesia and Australia where Dick worked. Travel was always an important part of Dotty’s life and something she enjoyed a great deal. One of her favorite trips was going to Ireland with her husband. Her grandchildren remember how she imparted the importance of traveling to expand ones view of the world.

Dotty was a 68 year member of the P.E.O. sisterhood. For many years the family moved every couple of years, but Dotty was always able to find a chapter to welcome her to town. She did serve as the State President for Arkansas P.E.O., while living in Hot Springs Village, Arkansas. She felt blessed by all the women she’d known.

Dotty settled in Lincoln Nebraska to be near her daughter in 2015. And while there were no more big trips for Dotty, she still enjoyed being close to family and sharing time together.

Dotty was preceded in death by her parents, sister, husband, and one of her grandsons. She is survived by her two children, son-in-law, and seven of her grandchildren.

Service to be held in the future in Wray, Colorado.