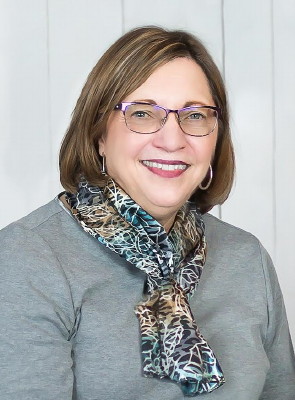 Donna Marie (Ziegler) McElvain was born January 17, 1953, in Holdrege, Nebraska. She passed away Monday, September 5th, 2022 at her home in Lincoln, Nebraska. She was the only child of Elva I. (Schnuerle) and Robert K. Ziegler.

Donna grew up on a farm east of Holdrege. She began her formal education as a member of the first all-day, one-semester Kindergarten class at Funk School. She attended Funk School through 8th grade, and continued on to complete grades 9-12 at Holdrege Junior and Senior High schools. With the surname Ziegler, she was the last member of the class of 1971 to cross the stage and receive her diploma.

She was united in marriage with Richard (Dick) Robert McElvain on August 12, 1973 at the United Methodist Church in Holdrege, Nebraska.

Richard and Donna raised their family in Holdrege, where they were also active in school and community organizations including Trinity Evangelical Free Church. Their door was always open, and one never knew how many faces might be around the dinner table when their sons were in high school.

In 2004, Richard and Donna moved to Lincoln and became active members of Lincoln Berean Church. After they both retired, the couple traveled to The British Isles in 2018, and Israel in 2019 where Donna was baptized in the Jordan River.

Left to cherish her memory are her husband, Richard McElvain, sons David (Micayla) McElvain of Bellevue, Nebraska, and Duane (Krisann) McElvain of Madison, Wisconsin, grandson Matthew, and close family friend Michelle Tafoya. She will also be greatly missed by her sisters- and brothers-in-law, a host of nieces and nephews, and many more family members and friends. She is preceded in death by her parents, Elva and Robert.

In lieu of flowers, memorials are suggested to the Down Syndrome Alliance of the Midlands, 10824 Old Mill Road, Suite 8, Omaha NE, 68154, or a charity of the donor’s choice in Donna’s remembrance.