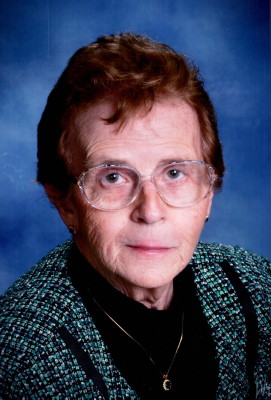 Donna Jo Klopfenstein, of Seward NE, died peacefully on Saturday, April 17, 2021 as her son, Todd sang her favorite gospel songs to her. She was residing at Tabitha’s Journey House in Lincoln, NE, under the loving care of the staff at Journey House as well as HoriSun Hospice. She was 81.

Donna was born on September 29, 1939, to Ralph and Wilma (Steele) Baldwin in Liberty Center, OH. Donna was one of three daughters, Anneita (Bair) and Jan (Lauber). She attended school in Ohio and on December 21, 1958, she married Terry Klopfenstein. Together they had five children, Tim, Ty, Michelle, Todd, and Melissa. They moved to Nebraska in 1965. Donna was a stay-at-home mom, worked at LPS as a paraprofessional, and was a foster parent to many children. Terry and Donna were divorced in 1997.

During her retirement, Donna found a new passion, being a Foster Grandparent for the City of Lincoln and later in Seward. There she would volunteer in classrooms to be a grandmother, a role she cherished.

Donna is preceded in death by her parents, Ralph and Wilma, her sister Anneita, brother Joey, and granddaughter, Sarah.

Memorial donations may be made to HoriSun Hospice Community Foundation or Faith Lutheran Church Cemetery. Cards may be sent to Melissa Meyer in care of Aspen Cremation Service, 4822 Cleveland Ave., Lincoln, NE 68504.