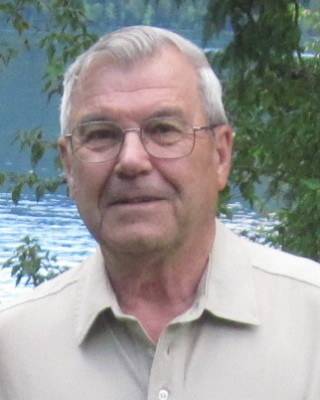 Donald Melvin Liska, son of Edward A. and Eleanor (Mares) Liska, was born at Dwight, Nebraska on July 10, 1938, and passed away in Lincoln, Nebraska on January 26, 2021, at the age of 82. Don attended grade school in the Dwight Public School and graduated from East Butler High School in Brainard, Nebraska in 1956. On December 30, 1961, he was married to Mary Jo Hurt at St. Mary’s Catholic Cathedral in Lincoln, NE. Two children were born to them; Linda and Brian.

Don enjoyed being out in nature. It thrilled him to see pheasants, rabbits, deer, geese and ducks while caring for the family’s land by Dwight, NE. Throughout his life, he got to enjoy hunting, fishing and camping with his family. He also loved to travel. His career and travels took him and Mary Jo coast to coast throughout the United States and also to Canada and Mexico. They enjoyed many of the National Parks throughout the United States. Don was an avid sports fan, too; everything from basketball, football, baseball, bowling, softball and volleyball. While living in Bloomfield, NE, he was a volunteer firefighter with the Bloomfield Volunteer Fire Department for 16 years. Don was also a Third Degree Knights of Columbus member with an Honorary Life Membership. But, most of all, Don loved making many special memories by spending time with his family.

In lieu of flowers, plants and statues, memorials may be made to the Liska family for future designations.

Rosary on Tuesday, February 2, 2021 at 10:00 a.m. at Assumption Catholic Church, 336 West Pine Street in Dwight, Nebraska followed at 10:30 a.m. with a Mass of Christian Burial.  Private family inurnment at a later time.  No reception because of Covid concerns.