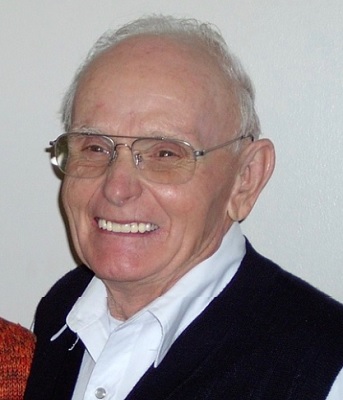 Don passed away peacefully at age 90 on February 8, 2019 at Sumner Place under the considerable care of Sumner Place and Hospice Community Care of Nebraska. Up until the moment he went to be with the Lord, he was surrounded by his family who loved him dearly.

Don was born and raised in the heart of Kansas to John Brown and Fayetta (Brown-Dunn). Growing up, he was especially fond of horses and favored Smokey his black horse. As a young man he worked at Boeing to support the World War II effort.

Don’s occupation was as a glazer; cutting, installing and setting glass. He later transitioned to resort and motel management oversight. This gave him the unique opportunity to work alongside his wife everyday which he and his wife thoroughly enjoyed.

Don was a master at improvising to make things work and was a gifted handyman. His sons and daughters were truly convinced there was nothing mechanical he couldn’t fix or build. Among his interests, he had a lifelong love affair with the automobile. Part of this love was his talent to create a fair deal for everyone.

It was his great delight to turn the city corners on two wheels. On one of those occasions his wife-to-be first took notice of him. He married Alice on Valentine’s Day 1949 who preceded him in death. He is survived by seven children. Three sons: Darrell and wife Jean, Terry and wife Joan, John and wife Lois and four daughters, Debby and husband Michael, Susan and husband Rod, Robin and husband Gordon, Diana and husband Brent.  Thirteen grandchildren, sixteen great grandchildren and one great-great grandchild.