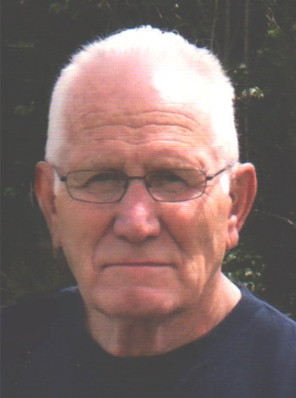 Don Schlegel passed away November 6, 2017 at his home in Lincoln, surrounded by his family.

Don was born on the family farm outside of Green Bay, Wisconsin on August 30, 1934 to Harold and Fern (Johnston) Schlegel. He was the third of six children. He was a red-haired child with a face full of freckles and had the mischievous, live life at a fun run, type of personality that is generally associated with those physical characteristics. He despised bullies and would take on anyone who was tormenting someone else, even if the tormentor was twice his size, teaching him at an early age to protect those who needed protecting and that in this world there were times you had to take a stand.

Don married DeVerne (Dee) Christianson on December 25, 1956. He always said he knew from the moment he saw her that that was his wife. They were married for 60 years until her passing last Thanksgiving. They traveled to many countries and lived in several different states. He felt his life was blessed and every day spent with her was an adventure.

If asked what his hobbies were, he would say ‘work’. He didn’t hunt, fish, golf or collect trains. He re-roofed buildings, re-built engines, trimmed trees, put up fence, replaced light fixtures and once even jacked up a small barn and repoured the foundation. His family always teased him given enough duct tape he could fix the world.

He greatly valued education and acquiring knowledge. He attended the University of North Dakota, the University of South Dakota and UNL. For the majority of his work life he was a teacher. He was certified to teach physics, chemistry, algebra, trig, calculus and biology. He chose to teach high school because he loved that age group. He was a gifted teacher who ran a disciplined classroom, had the ability to explain difficult subjects and encouraged questions. During some class times he would skip the subject matter and talk about life instead: how to make a tough decision, how to decide if a person would make a good mate, how to tell if someone was a reliable friend .He always said he didn’t like when a parent, teacher or any adult would say they just wanted to be a teenagers’, friend. He would say: “These kids have enough friends. What they need is an adult who is strong and steady and lives up to their word, whether that word is a promise of something fun or a consequence for something wrong. They need examples of how to be good adults.”

Dad, the world feels like a less safe place now that you are gone, but you and Mom gave us the tools to survive and once our grief has ebbed to hopefully thrive again. We miss you both but our love for you will always remain strong and the values you taught us will always guide our way.