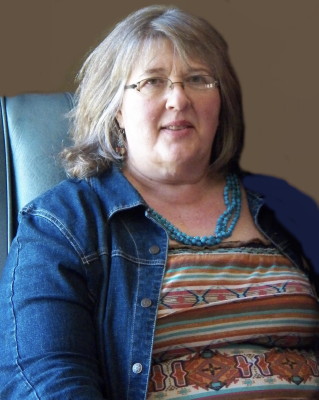 She is survived by her daughter Michaela Wells of Lincoln and brother Scott Wells of Boone, IA.

Diane was born February 9, 1955 to LaVerne “Bud” and Bonnie (Siddall) Wells in North Platte, NE. She graduated from Boone High School, Boone, IA in 1973, going on to receive her Bachelor’s degree from Wayne State College, Wayne NE in 1976 and a Master’s degree from the University of Nebraska at Omaha in 1989. Following her graduation, she worked in radio. She then began a 30-plus year career at the Nebraska Library Commission, first in the Talking Book and Braille Services and then in Information Technology. She retired in 2019.

Just out of college, Diane married Jim Greenlee in Wayne, NE. They divorced in the mid-1990s. Later that decade she had a significant relationship with Jeremy Hickenbottom, that gave her the pride and joy of her life, their daughter Michaela. In 2006, she married Paul Glaspie. They divorced in 2011.

Diane had a wonderful ability to focus on the positive aspects of life and find the good in people. She had a drive to encourage people to make their lives better, always willing to lend a helping hand and an empathetic ear to both friends and strangers alike.

Diane was blessed to have a wide variety of friends. She valued each one for the unique gifts they brought to her life. She cherished them, as they cherished her. Although saddened by her passing, her family and friends take great delight and comfort from having shared her life.

Diane’s body has been cremated, but her joyous spirit lives on in all that were fortunate to have known her. A Celebration of Life will be held at a later date.

As Diane would have wanted, memorial contributions should be made to causes that help people.