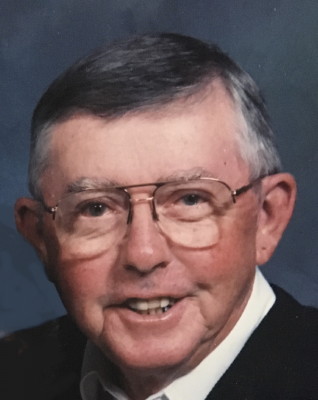 Denis was born in Pocahontas, Iowa on April 3, 1929 to Edward and Alice (McGuire) Donohoe. He graduated from Sacred Heart High School in Pocahontas in 1947, served in the Army from September 1951 until discharged in September 1953 and earned a bachelor’s degree from the University of Iowa in 1956. He married JoAnn Ward on September 1, 1956 in Des Moines, IA. The couple resided in Des Moines, where he began a career in direct mail, first with Meredith Corporation, then with Fingerhut in Minneapolis, MN; Mail Advertising Corporation in Chicago, IL, and he retired from Metromail Corporation in Lincoln in 1988.

Denis was an avid golfer and made two holes-in-one in his lifetime. He loved singing and listening to music, especially barbershop music, and he and Jo served as volunteers at the Lied Center for many years.