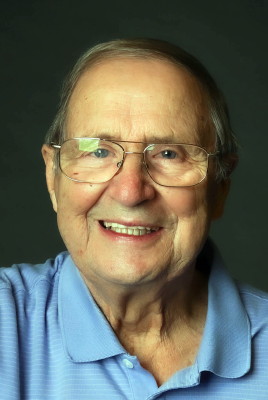 He was editor of the Scottsbluff Star-Herald for twelve years, and publisher of the Kearney Hub for eight years.  He was transferred by the Omaha World-Herald to Carlsbad, NM where he served as publisher of the Current-Argus.

He retired to Las Cruces, NM.  He lived in New Mexico for 20 years before moving to Lincoln in 2013.

He was born March 28, 1935, in Altoona, KS to Robert and Jaunita Hall.  His mother died when he was three months old, and he was raised by his maternal grandparents, Clarence and Cora Carver.

Daryl graduated from high school in Neodesha, KS, and from Independence Community College in Independence, KS.  He received a degree in journalism at the University of Kansas and remained a loyal alumnus and Jayhawks fan!  He was married for fifteen years to Rebecca Hammerton and from this union two children were born.

His first job, after two years of service in the U.S. Army, was at the McCook Gazette which lead to positions at newspapers in New Mexico and Texas.  He later was editor of dailies in Ellensburg, WA, and Coffeyville, KS.

In lieu of flowers the family requests donations to the People’s City Mission, P.O. Box 80636, Lincoln, NE  68501-0636.  Private family inurnment will be held at the Omaha National Cemetery in Omaha.