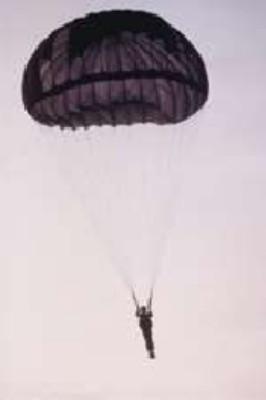 Dan Leo Sikorski, 80, died Oct 18, 2019 at his home in Lincoln, NE.  He was born Aug 29, 1939 in Breckenridge, Minnesota and grew up in Fairmount, North Dakota.  His pride and joy was time spent as a paratrooper in the 82nd Airborne Division of the US Army.

Dan was a newspaper man during most of his working years so it fits that he was a man of many stories.  He was full of life which he spread to his grandchildren when they came to visit.  He loved his golfing years, shuffleboard and pool years, watching and keeping track of Nebraska Husker players and games, taking trips to Minnesota and North Dakota to visit relatives and friends.  Dan will be missed by all who knew him well.

Dan is survived by his life companion of many years, Nancy Miller, and his two sons, Scott Sikorski and Jeff (Jennifer) Sikorski and their daughter Hope.  He is also survived by Nancy’s  daughter,  Anne (Michael) Sinclair and sons Patrick (Tricia) and Bill (Sarah) Miller and their eleven grandchildren combined. He was preceded in death by his parents Lloyd and Tillie (Beeler) Sikorski, sisters Vonnie (Sy) Wawers  and Arlene (Cy) Schroeder and brothers Chet, Dick, Orrin and Larry Sikorski.

An open house was at Aspen Cremation Service, 4822 Cleveland Ave., Lincoln, Nebraska on Monday, November 4th from 11:00 am – 1:00 pm to honor Dan’s life.  Memorials are preferred in lieu of flowers to any pulmonary research center or charity of choice.

Condolences may be placed using the form below.