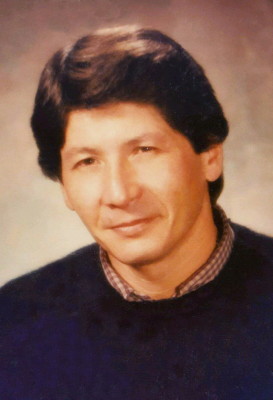 Daniel Arthur Rollins aka Dan/Dano/Danny, entered Heaven on April 29, 2020 at his home in Lincoln with Jen by his side.  Dan was born on October 18, 1954 in Yokosuka, Japan on a US Naval Base to Wendell Ivan Rollins and Masako Ogawa.  His early childhood years were spent San Diego.  He later moved nearer to family in Omaha and attended Omaha North High School, then Firth, Nebraska where he graduated from Norris High School in 1972 and played football.  Growing up everyone believed he was Native American instead of Japanese due to his dark tan and one of his sisters (Deborah) memories was him attempting to rebel by tattooing himself on the shoulder / hand before they were popular (his father told him it was dumb).

Dan retired from Goodyear in 2006 after spending for 34 years of dedicated, hard work of pulling rubber hoses and other productions.  Dan was a firm believer in Jesus Christ and one of his favorite verses that he lived by was Romans 5: 3-5.  He was involved in outreach ministries, belonged to and served on many committees at Northern Lighthouse Church, F Street Neighborhood Church and Our Saviors Lutheran Church.  He attended the men’s breakfast Bible study and enjoyed Saturday mornings on the church parsonage porch drinking coffee and talking with church friends. He also volunteered time with Bridges of Hope, a member/leader/sponsor with the Gamblers Anonymous Program for over 35 years, and a leader of the Re-Integration Program (RIP) of Lincoln.

His family remembers Dan as a handsome ‘ladies’ man, humorous, and outgoing. Dan had a huge giving heart, was quick to laugh, and loved a good joke.  He always found a way to connect with people during a conversation and loved family / friend gatherings.  He was available ANYTIME to help friends and family with ANYTHING, and enjoyed sending cards for birthdays to family and friends without missing a date.  Dan was a proud father and grandfather.  He made sure Jen was hydrated with Gatorade at her sporting events and continued to encourage her later by attending a mini indoor triathlon to take pictures during her later years.  He would pick her up for breakfast and take her to school, and continued the tradition with his grandsons, Gavin & Holden.

Dan loved to participate in athletic events until his health prohibited him from doing so. In his early days, he would impress others by jumping straight up onto a picnic table from a standing position.  He loved to go fishing, swam like a fish, was an avid golfer and participated in leagues (everyday if he could and always thought he could do better), and was involved with multiple men’s / co-ed softball leagues.

Dan loved attending the College World Series, and other sporting events.  Later in life he enjoyed watching them on TV, even golf and auto racing.  His favorite teams, besides the Huskers, were the San Diego Padres, Texas Longhorns and the Oklahoma Sooners.  Jen gave him a hard time about having to purchase Longhorn/Sooner apparel for gifts!

If you have ever met Dan, you would agree he had a big appetite, eat anything, finished everyone’s leftovers, and loved to go out to eat to flirt with the waitresses!  He especially enjoyed Village Inn coffee with pies (cherry), Outback fried shrimp, Arby’s roast beef, strawberry shakes, York Peppermint patties, homemade Shepard’s Pie, meatloaf meals from Russ’s, ‘Tastees’ sandwiches, and at home, burnt chocolate chip cookie, Oreos or dry cake covered with milk.

Dan will be remembered by his dear relatives as well as a multitude of friends.

Celebration of Life will be held Sunday, July 19th from 2-5 pm at the Isles Reception Hall (6232 Havelock Ave) with possible social distancing and limited capacity due to the pandemic regulations.