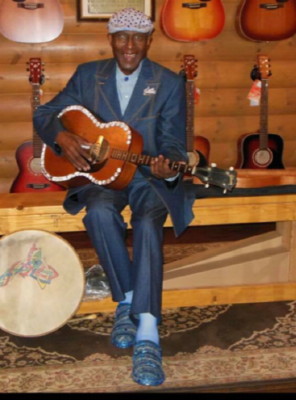 He is preceded in death by his parents, The Reverend Charles Parker Spencer, Sr., and his mother, Elma Brown Spencer, as well as his brothers, William Spencer and Theodore David Spencer of New Orleans, LA.

Charles then met and married Consuella Thompson, and had three children, Charles Spencer, III, Jaton Spencer and Diana Washington, all of whom he was extremely proud.

While establishing a Jazz and Blues career in Atlanta, GA, Charles met and married Floretta Shumake. Charles was always fascinated with different sounds and rhythms and played over 20 instruments, including the xylophone, and a self-designed 4 string guitar. He then retired for a short time in Central Florida, re-establishing ties with his siblings. Finally, Charles moved to Lincoln, NE, where he built a tight network of devoted friends and musicians.

Charles was a bright light in any dull place, always kind and loving, just a touch quirky, with a very sweet soul, and an incredible sense of humor-definitely marching to his own drumbeat.  He loved the stage and all of its ‘bling’!

The family is honoring his request for cremation and would like to thank the staff of St. Elizabeth’s Hospital, Dialysis Center of Lincoln, NW Location, Crestview Care Center, his musician family and all who loved and treated Charles with kindness.