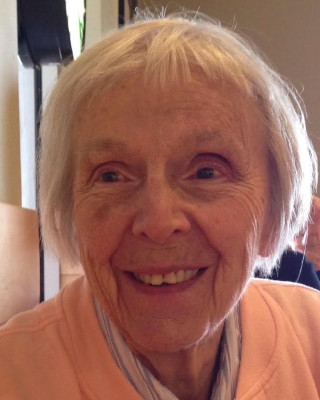 Carol J. Harding, age 95, died on Sunday July, 14, 2019 at Southlake Village Rehabilitation & Care Center in Lincoln, NE.  She was previously a resident of Portage, WI for over 60 years. The daughter of James and Nellie (Jenkins) Harmes, Carol was born on April, 3, 1924 in the Village of Fall River, WI.  She married Neale “Dick” Harding on June 4, 1949 and together they raised six children.

Carol was a Registered Nurse and served as the Columbia County Nurse her first few years nursing, then an RN at Divine Savior Hospital, and lastly an RN at Divine Savior Nursing Home all while residing in Portage, WI.  Some of her favorite activities after retiring from nursing were spending time with family, reading, going for walks, and feeding/watching the birds and squirrels.

Aspen Cremation and Burial Service of Lincoln, NE is assisting the family and a private inurnment ceremony will be held at a later date in Wisconsin.   In lieu of flowers memorials may be made in Carol’s name to:  Portage Public Library, 253 West Edgewater Street, Portage, WI 53901 or your local Humane Society.  A special thank you to the staff at: Clark Jeary Retirement Community, Southlake Village Rehabilitation & Care Center, and AseraCare Hospice all of Lincoln, NE for the care they each provided at different times since Carol moved to Lincoln, NE in May of 2016.