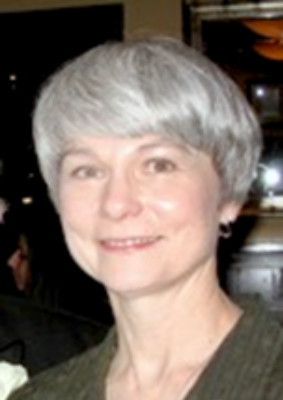 Brenda Sue Doxtator, of Lincoln, NE, died at The Monarch on October 15, 2021, of complications from Alzheimer’s Dementia.  Anyone fortunate enough to have had this remarkable woman as part of their life enjoyed an incomparable and lively measure of compassion, empathy, humor and dedication.

Born in Pratt, KS on January 28, 1950, Ms. Doxtator grew up in Cullison, KS and on a farm in Pratt County KS. She attended school in Cullison. In 1968, her senior year, she served as class secretary and graduated co-valedictorian at Skyline High School.

An active member of Pratt County’s Richland 4-H Club, she earned honors for projects ranging from sewing and record keeping to public speaking.

She served as Pratt, KS hostess for the1968 Miss Kansas Beauty pageant.

She attended Pratt Junior College for general studies, Emporia State Teachers College with particular interest in Library Science, and Kansas State University where, in 1972, she graduated with distinction, earning a Bachelor of Arts degree, certified to teach English.

After graduating from Kansas State University, Brenda and her husband, Bruce Mills, a U.S. Army veteran and railroad engineer, spent 18 of their post-college years in Pratt, KS and Alliance, NE, raising a family.

A dedicated learner and educator, Ms Doxtator returned to school in 1988, attending Chadron State College, in Chadron, Nebraska, renewing her teaching certificate and beginning a Master’s degree, completing it in 1992.  In 1993 she entered The University of Nebraska-Lincoln’s doctoral studies distance-learning cohort.

In 1994 she received The Peter Keiwit Award for Excellence in Classroom Teaching for her ”Generations”unit.

During a sabbatical in 1995-96, she was a teaching assistant in the University of Nebraska—Lincoln’s College of Education.

From 2002-2005 Ms. Doxtator taught composition and English Education courses at Chadron State College before moving to Lincoln, where she taught at The University of Nebraska-Lincoln as an adjunct English Education instructor. She retired from teaching in 2008.

A memorial celebration in her honor is planned for the late spring, when her ashes will be interred in a family plot in Springfield, Missouri.

Donations to her memory should directed to The Monarch at Eastmont or Horisun Hospice in Lincoln, NE, or a local Alzheimer’s Association. Send condolences, reflections and messages using the form below.