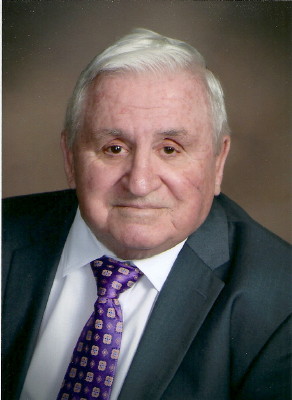 He completed a 40-year career with Lincoln Electric System (LES) in 1998.  He was Assistant Manager of LES’s Operations Division.  Darrah “found”  Lincoln and his successful electric utility career after a two-year tour with the Army in Fort Dix, NJ, Fort Knox, KY, and as a supply sergeant in Fort Carson, CO.  He joined the former Consumers Public Power District in April, 1959.  His first assignment was with a tree-trimming crew.  He worked his way up the career ladder—from groundman, to cableman splicer, to line foreman in 1971, to service supervisor in 1972, and to his final position in 1974.  He served two terms as chairman of the Lincoln Utilities “One Call” Committee.  He aided in formation of the group, which deals with information and safety for underground infrastructure.  He is a former officer on the advisory board of Northeast Nebraska Technical Community College (linemen’s training courses), and assisted officials and personnel in the Utilities Section of the Nebraska League of Municipalities during technical seminars and training activities. He was a former member of the Board of Directors of the Lincoln Council on Alcoholism and Drugs from 1981-1984, he was an Admiral in the Great Navy of the State of Nebraska. He was active in Lincoln Elks Lodge #80, and he enjoyed playing baseball, softball, bowling, and golf.  He especially loved family holiday get-togethers; Christmas was his favorite.

Private family service.  Memorials to the family for future designation. Make checks out to Margaret in care of Aspen Cremation Service, 4822 Cleveland Ave., Lincoln, NE 68504.  For condolences fill out the form below.