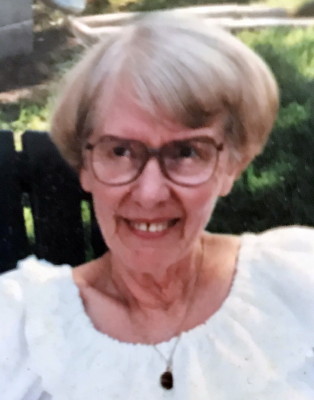 Beverly was born on Wednesday, May 8, 1929, to Edna M Dutcher (née Riker), a “Rosie The Riveter” during the War and a homemaker and professional seamstress for custom bridal gowns, and Russell Dutcher, a plaster mason and eventual tool designer for IBM.

Her jobs before marriage included nursing, and a movie theatre usher. She was a track star in high school.

The oldest, her birth was followed by two brothers, David, born with Muscular Dystrophy, and Earl, both of who preceded her in death.

Raised during the Great Depression, she learned lifelong lessons of thrift and economy, practices she carried out to her last day on earth.

She married Carroll B. Gould, a rambunctious and high spirited handsome man and a WW2 Veteran in Binghamton New York. Her dad helped them elope, because her mother was opposed to the marriage, a mistake she later admitted to.

They built their first home in what was then Port Crane, NY, fashioning the wide plank wood floors by hand, with her dad assisting with the plaster work.

They had many adventures together, eventually adopting two children, Susan Joy, who survives her, and William “Billy” David, who preceded her in death.

In retirement, she worked many jobs, and she and Carroll settled in the tiny town of Berwyn, Nebraska where they bought a house and acreage and enjoyed visits from her daughter and grandchildren, raising chickens, and gardening.

Carroll died quite suddenly in 1993, and eventually Beverly moved to Milford, Nebraska to be nearer to her daughter and grandchildren. She worked many different jobs, in a Thomas Kinkade art gallery, Walmart among others. She formally retired from Walmart at the age of 89.

She formed many close and everlasting friendships at her community in Milford, staying active in her church, teaching Sunday School and youth groups, caring for friends. She was always known as someone who could be counted on to help whenever and wherever needed. A talented seamstress, she and her friends formed a sewing group stitching blankets for needy people. As she learned to paint late in life, she conducted art classes in her housing community to share her talent.

In 2019, while on one of her many shopping excursions to Lincoln, she fell and broke her hip, which sidelined her, unfortunately, permanently.

Although she tried hard to overcome it, she wasn’t able to, and in the end, she couldn’t fight any longer.

Her broken-hearted family who remain include her daughter, Susan Joy and husband Mark Stice of Lincoln, Nebraska, Grandsons Jason and Josh Wilkinson (Susie Mason) of Lincoln, Granddaughter Jessica Gettman (Eric) of Lincoln, great-grandson Jeryc Carroll Wilkinson, son of Josh and Susie, great-granddaughter Analeise, daughter of Jessica and Eric, and as yet unborn Baby Gettman, due Dec27.

A Celebration of her life will be held at a later date, postponed at this time due to deteriorating and unpredictable weather conditions, and the spread of Covid in the community. The plan at this time is for Spring, her favorite season.

Cards may be sent in care of the family to Aspen Cremation Service; 4822 Cleveland Avenue, Lincoln, NE 68504.