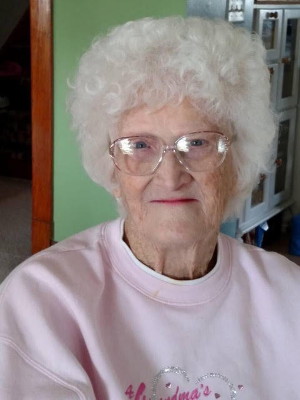 Betty was the daughter of Axel Julius Anderson and Mabel Vera (Ingham) Anderson.

She was retired from ISCO where she had worked for many years.  She was a former member of the Lincoln 147 Eagles Club.

Betty loved playing Bingo, dancing, traveling and spending time with family and friends. She was known to many as “Betty Boop” or “G-ma”.

She was currently residing at Lancaster Rehab in Lincoln, NE, and a former resident at Crestview Home, Milford, NE.  We thank both of these agencies for the wonderful care that she received.

A private Celebration of Life will be held at a later date.  Cremation. No visitation. Condolences to www.aspenaftercare.com.