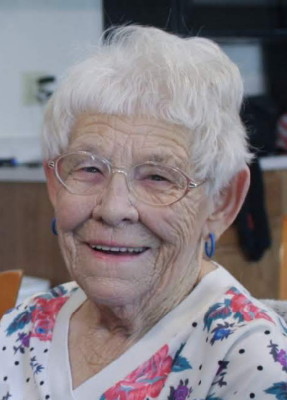 Bess was born August 30th, 1943 in Benkelman, Nebraska to Roy and Doris Reutzel. Bess grew up on a farm in Madrid, Nebraska later the family moved to Grant and then to Ogallala where she attended school, worked, and where she met her husband.

On October 1, 1961 Bess married William C. England and started their family. They later moved to Denver, Colorado where they spent the next several years. The family then returned to Ogallala and later moved to York and finally to Lincoln, Nebraska.

Bess did many things in her life. She worked at a young age at Tastee, babysat, cleaned houses, ran a motel, a greeter at Kmart, a stay at home Mom and volunteered. She was a PEACEMAKER! She always had a smile on her face and she loved to laugh. She cared so much about people.

Bess enjoyed playing cards, board games, dice, scrabble, Rook, Words with Friends, playing pool, playing the accordion, and witnessing for God. Her favorite hobby was spending time with her family and her devotion to the Lord.

She is survived by her 3 sons, Gary of Lincoln, Bill Jr. and Elisa of Crete, and Troy and Teresa of Lincoln. She had 14 grandchildren and 10 great grandchildren whom she loved dearly. She is also survived by brothers, Bill and Jody Reutzel of Ogallala and Roy and Sue Reutzel of Paxton, sisters Bonnie and Eldon Kokes of Grand Island, and Nila Irwin of Lincoln, sisters-in-law Peggy Reutzel of Ovid, Colorado, Grace England of Union City, California, and Wilma Shockey of Denver Colorado and extended family and friends too numerous to name.

She was preceded in death by her spouse of 51 years William C, England of Lincoln, an infant son, Randy England of Denver, daughter-in-law Karen England of Lincoln, by her parents, Roy Reutzel of Grand Island, and Doris Edwards of Ogallala, 3 stepfathers Buster (Buck) Lovenburg, Howard (Howie) Irwin, and Charles (Charlie) Edwards of Ogallala, her fathers-in-law William F. England of Denver, Colorado and Woodrow (Curley) of Ogallala mother-in-law Eileen Lovell of Lincoln and a brother Richard (Dick) Reutzel of Ovid, Colorado, brother-in-law Harold Irwin of Lincoln and other extended family.

A Celebration of Life service is scheduled for Calvary Chapel, 415 North 66th Street, Suite 7 in Lincoln, Nebraska on December 19, 2020 at 1 PM CDT with Pastor Dennis Waddelow officiating. Due to COVID19 masks will be required.

A memorial fund has been established in her memory. Memorials are in care of the family for future designation.

Final resting place here on Earth will be at Wyuka Cemetery with a private ceremony.