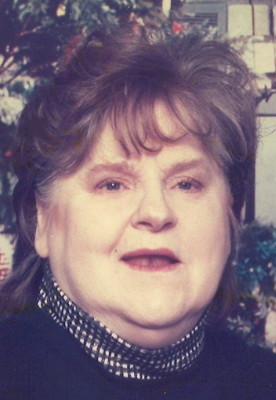 Bertha E. Brinkman age 85 of Lincoln passed away November 2, 2020. She was born Bertha E. Hargrove on August 24, 1935 in Prospect, Tennessee (Giles County, TN) to Marvin Hargrove and Louise (Tate). During her childhood she and her family moved to Nebraska after her father passed away and her mother remarried, with her family eventually settling in Seward. She attended Seward Public Schools. She married Burton L. Brinkman (originally from Ann Arbor, MI and long-time resident of Seward, NE later in his life) on December 19, 1959 in Lincoln, Nebraska at a chapel at Lincoln Air Force Base, where Burton was stationed at the time.

Bertha was a resident of Homestead Rehabilitation Center (now Brookside Rehabilitation Center) of Lincoln at the time of her passing. Her prior residence for 5 years was at Premier Estates of Crete (formerly Crete Manor), which was a nursing home located in Crete, NE that closed in 2019. Prior to residing in nursing homes, Bertha lived most of her later life in Lincoln.

She enjoyed playing bingo, going shopping, talking about her new outfits, decorating cookies, and group activities. During parts of her later life she belonged to local senior citizen groups. She was a long-time Nebraska Cornhuskers football fan dating back to the 1950s, a time when Nebraska had several losing seasons. She remained a fan for the rest of her life, through the rise of Nebraska to its preeminence during the Bob Devaney and Tom Osborne coached years and all years after that. She was a loyal fan.

She had a wonderful sense of humor. She enjoyed being around people. She was loved by her family and friends. She will be missed.

She was preceded in death by her son David Brinkman, her mother Louise Cross, her father Marvin Hargrove, her sister Ruth (Jerry) Haines, her sister Margaret Martin, her ex-husband Burton L. Brinkman and her son-in-law Roland “Ron” Flock.

Memorial services will be held at a later date.