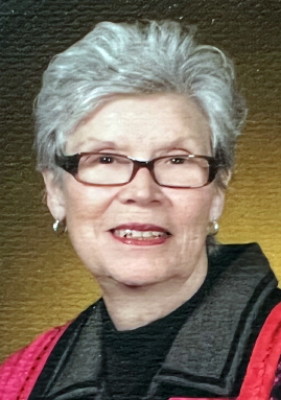 Barbara Ann Gaither, age 81, died peacefully on August 21, 2022. She was born on March 11, 1941, on the family farm near Royal, Nebraska, to Dwight and Gwen (Rundquist) Morrison. As a child, she enjoyed caring for animals, showing them with 4H, making doughnuts with her grandma and helping at her grandpa’s grocery store. Barbara attended country school through 8th grade and graduated from Neligh High School in 1958. She then attended Nebraska Wesleyan University where she studied sociology and was a member of the Alpha Gamma Delta sorority. She graduated in 1962, leaving small town life on a train headed for Columbia University in New York City. She embraced the big city and earned a Master of Social Work degree in 1964.

Barbara dedicated her life to serving others as a social worker and worked hard to make the world a better place. She started her career at a settlement house in Louisville, KY from 1964-1966, then moved to a mental health clinic in Norfolk, NE from 1966-1968. She was a school social worker for Denver Public Schools from 1968-1970 and then a social worker at Uta Halee School for Girls in Omaha, NE from 1970-1972. Once settling and making Lincoln home, she worked at the Malone Community Center, then became the executive director of the ACLU of Nebraska, Big Brothers Big Sisters and ended her career as the executive director of the Northeast Family Center. She then retired to spend time with her beloved grandchildren.

Everyone who met Barbara experienced her bright smile and kind, thoughtful personality. She always put others before herself and would do anything to help someone. She loved gardening, spending time with her husband, siblings, children and grandchildren. She volunteered as a Big Sister, Teammate and Kiwanis member and cherished her time with PEO sisters. She was the most loving mother, wife, sister, daughter, aunt and nana. Her kindness lives on, and she leaves a piece of herself in those she touched throughout her life. Thank you to Country House for providing excellent care over the last 3 years.

Memorials can be sent to Big Brothers Big Sisters of Lincoln or the Alzheimer’s Association.

Barbara’s memorial service will be Saturday, September 3rd at 11am at Christ United Methodist Church (4530 A Street), with a luncheon following. Burial will be in Royal, NE at a later date.

Condolences for Barbara A Gaither