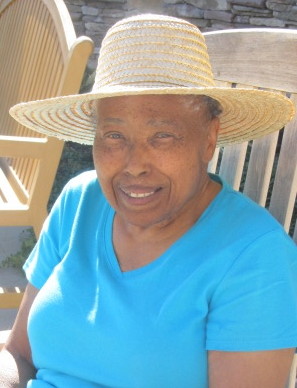 Alida was born to William and Martha Robinson on August 21, 1934, in Los Angeles, California. She grew up with her younger brother Edward “Bud” and many aunts, uncles, and cousins in a close-knit community.  Over the course of her life, Alida experienced numerous world-changing events that shaped who she was; including; segregation, World War II, the Korean, Vietnam, and Cold Wars, 60’s Civil Rights movement, Title IX and the election of the first African-American President of the United States.

Alida earned a degree in Elementary Education from the University of California Los Angeles, which she referred to as “City College.”  A lifelong learner she pursued and challenged others to gain knowledge throughout her teaching career. As a result of her desire to travel and see the world, Alida signed up to be a teacher for the United States Military. Her first assignment was in Labrador, Canada. Next, she was assigned to a base in Germany, where she met her husband Howard Ferguson.

After a year-long courtship, while Howard was finishing his tour of duty in Vietnam, they were married in a small ceremony in Los Angeles, California.  Shortly afterward, they were stationed in Fort Benning, Georgia where they started their family with the adoption of their son Peter. Two years later, the family was stationed at Ft Lewis near Olympia, Washington where they adopted their daughter, Felicia. The family lived for a time in Tucson, Arizona before moving to Lincoln, Nebraska in 1984.

Alida or “Mrs. Ferguson” as she is still affectionally called by those she taught was a distinguished educator, she taught students from K – 8th grade over her 40-year career, retiring in 2001 from Lincoln Public schools after 19 years at Ruth Hill Elementary School.  In addition to loving to teach, Alida enjoyed numerous hobbies.  She was an accomplished pianist and cellist, collected dolls, stamps and coins, and was an avid athlete who played racquetball.  She could also sew, cook and made the best pecan pie in the country according to her son.

In lieu of flowers, memorials may be made to the Nebraska Chapter-Alzheimer’s Association or Rev. Dr. Martin Luther King, Jr. Youth Rally & March Fund at the Lincoln Community Foundation.

Special Thanks to Laura Thelen the staff at and providers at Country House 84th and Pine Lake and Tabitha Hospice.