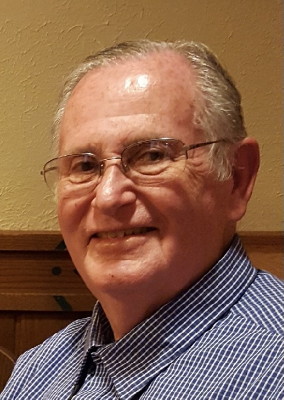 Alan Hill, age 81, of Lincoln, Nebraska, passed away Monday morning, November 9, 2020 surrounded by his family at his home.

Alan is survived by his loving wife of 59 years, Shirley (Grover); along with two sons; Scott (Amy) and Greg (Jennifer), and two grandchildren, Garrett and Isabella, and many loving relatives.

Alan was born in Nebraska and attended Nebraska Wesleyan University in Lincoln. He was a pilot and flying instructor in his early years taking his first solo flight May 19,1958 in a J3 Piper Cub. Later he worked at State Farm until retirement. In his spare time, he enjoyed model train collecting and sharing them with his grandchildren. He was also an avid builder and flyer of RC airplanes and enjoyed flying them with his sons. Alan was a member of St. Mark’s United Methodist Church.

A private family graveside service and burial for Alan will be held at a later date at Robb Cemetery near Lexington, Nebraska. In lieu of flowers, memorials sent to the family for future designation.