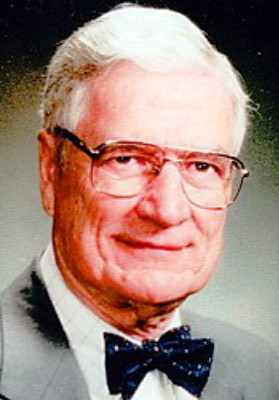 Jack C. Botts, 97, died Thursday January 6th in Lincoln. He was born in Ludden, ND, to Dwight and Velcie Botts. He Attended schools in Ludden and Oakes, ND, and entered the Army Air Forces in 1943. He flew 51 missions in Europe as a radio operator in a B-17 crew based in Italy.

He enrolled in the University of Nebraska after the war and studied journalism while working at the Lincoln Journal. He was awarded membership to Sigma Delta Chi fraternity for outstanding achievement, and graduated in 1949. He then entered Northwestern University on a scholarship, where he received a master’s degree in 1950.

He married Dorris Everhart of Des Moines, IA, in 1950 and returned to the Lincoln Journal where he held several editorial positions until 1966, when he accepted a position as assistant professor at the University of Nebraska School of Journalism. He taught both writing and editing courses during his 24 years at UN-L. He became an associate professor in 1968 and a sequence head in 1969. He was made full professor in 1973 and a member of the graduate faculty in 1975. He managed and taught the Midwest division of an editing internship program for the Newspaper Fund from 1968 to 1976.

He received the Bereuter Distinguished Teaching Award in 1984, and became a member of the UN-L Teaching Council. In 1979 he was made chairman of the News-Editorial Department. He was a member of the University’s Task Force on Undergraduate Education, the Writing Coordinating Committee, the Honorary Degree Committee and the Scholarships Committee. In 1987 he was appointed a Distinguished College Professor and was named the Fred and Gladys Seaton Professor of journalism. In 1987 he was named the Distinguished Journalist of the year by the Kappa Tau Alpha scholarship society. He retired from the university in 1990.

He authored six books after retiring: 2 autobiographies, 3 novels, and a handbook for news editors. He was a humanist, a Democrat and a conservationist, a member of Phi Beta Kappa, Sigma Delta Chi, Kappa Tau Alpha, the Associated Press Managing Editors and the Nebraska Writers Guild.

He is survived by three children and their spouses: Chris and Alana Botts, Terry and Melanie Menzie and Mike and René Botts, all of Lincoln; two grandchildren and four great-grandchildren. A son, Jeff died in 2010, and a brother, John, died in 2012. His wife, Dorris, died in April, 2017. A granddaughter, Teresa, died in 2018.

Cremation. No services. Memorials to go to the American Society for the Prevention of Cruelty to Animals (ASPCA) or the World Wildlife Fund (WWF) as Jack wished. 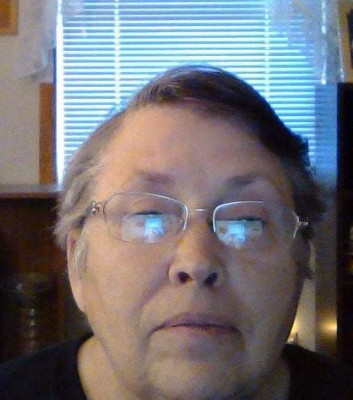 Elizabeth Ellen Braman born December 29th, servied by husband Howard Irwin Braman of Sidney Iowa to James dale norsdadt and Clara Bell Carman. She has a brother Dale James Norsdadt, her sister law Deloris Norsdadt of Nebraska City NE, 3 children, Eugene and Kathy Norsdadt of Lincoln NE, son Gary Applegate and Sheline of Indianola IA, daughter Loretta Hagelstein of red oak IA, she survived by 3 grandchildren Kayla Campbell of red oak IA, Brittany Campbell of Omaha NE, Emily applegate of Indianola IA, 1 grandson Alex applegate of glenwood IA and his wife Sarah applegate, and great grandchildren, 1 granddaughter Amanda Barney from Omaha NE, Grandkids April Norsdadt of Ashland NE, Kiersten love of Wahoo NE. She was very loved and missed. She was a nurse for many years and she worked at Comia foods for many years. She loved her flower garden and her wire work. She enjoyed her tv shows she enjoyed going to church. She was caring and a wonderful and amazing mother and all.

Regan Brummer, 23, passed away on December 25, 2021 Lincoln, Nebraska. Regan
was born to Clair and Angela Brummer on May 9, 1998. In addition to her parents, her siblings Gage; Hunter; Sonny; Nick; and Jillian; and her dog, Lyla; and cat, Milo; will miss her beyond imagining.

Regan graduated in 2015 from Lincoln Southeast High School and attended classes at both Southeast Community College and UNL, focusing on psychology. She had a passion for children and worked as a nanny throughout her high school years, but eventually entered the service industry, working at various restaurants in Lincoln. Regan flourished as a waitress and bartender due to her bubbly personality and ability to befriend everyone. In her free time, she enjoyed reading and writing, spending time with loved ones, shopping, and visiting local coffee shops. 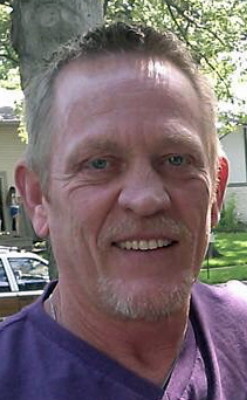 Private Family Burial will be at a later date at the Omaha National Cemetery.

Martin, “Marty”, was born November 16, 1957, to Ward and Naomi (Todd) Butcher in Sioux City, Iowa. Marty was the youngest of four children. He grew up and graduated from East High School in Sioux City, Iowa in 1976. While in high school, he excelled in wrestling, and he also boxed from Engle’s Gym. Marty knew no stranger and loved hearing stories of other people’s lives and reminiscing about his own. Marty had a beautiful singing voice and often sang at weddings, talent shows, and his parent’s gatherings. As of recent, he loved singing karaoke with his youngest daughter, Kierstyn.

In 1977, Marty enlisted in the US Air Force. He completed his basic training at Ellsworth Air Force Base in Rapid City, SD. He was stationed in Bitburg, Germany, as an Aircraft Corrosion Specialist. While in Bitburg, he played on the base football team and traveled Europe competing against other military base teams. This was a highlight for Marty as the Bitburg Air Force team won the division championship and he enjoyed visiting the many different countries. He returned to Omaha, NE in 1983 and started Sharpe Autobody Restoration. This business led to a management position with MAACO Auto Body, and he relocated to Lincoln, NE in 1998 to manage his own franchise. Marty started working for Overhead Door Company, Lincoln, NE in 2011. He continued his employment there until August 2021 upon his illness and early retirement. Marty was blessed to have met his wife, Brenda, in 2011 and they were united in marriage in 2013. They made their home in Lincoln.

Marty is preceded in death by both his parents.

Memorials are suggested to his family for a later designation.